Happy Holidays from the Office! Part 2! 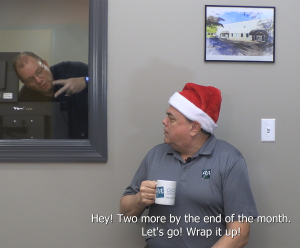 Holiday video we’ve produced in one form or another. (We like to do stupid things every once in a while.)

For over 20 years, we’ve been celebrating the holiday season in many different ways. We started out sending Holiday cards to many clients and friends. The cards were always custom made 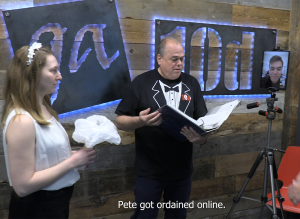 featuring one of our recent projects placed in a holiday scene. 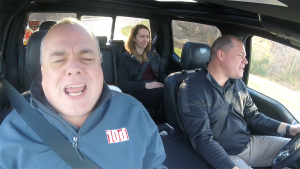 But, we started to view this as wasteful, and not very entertaining. So, we moved from cards to producing our own holiday short video satire about the issues of the day in the construction industry (and in other industries as well, including politics). “How to Construct a Snowman” was born! Dave Schulz (Schulz Ironworks) volunteered his time every year to be the undeniable voice of the star of the series, Ned Ledbetter. Ned is a power-hungry bureaucrat (Zoning Inspector) that takes us through the journey of (properly) building a snowman in a code-compliant manner.

In 2021, we launched “Gontram Architecture’s Office.” Fans of the “The Office” (the mockumentary workplace comedy series featuring the employees of the Dunder Mifflin Paper Company) understood some of the nuance and subtle winks and nods within our efforts. Others got it, or they just found it to be stupid humor. Either way, upon popular request, we have produced PART 2 of this nonsensical series! We hope you find it as silly as we did while filming it! Here’s the VIDEO. (Bloopers at the end!)