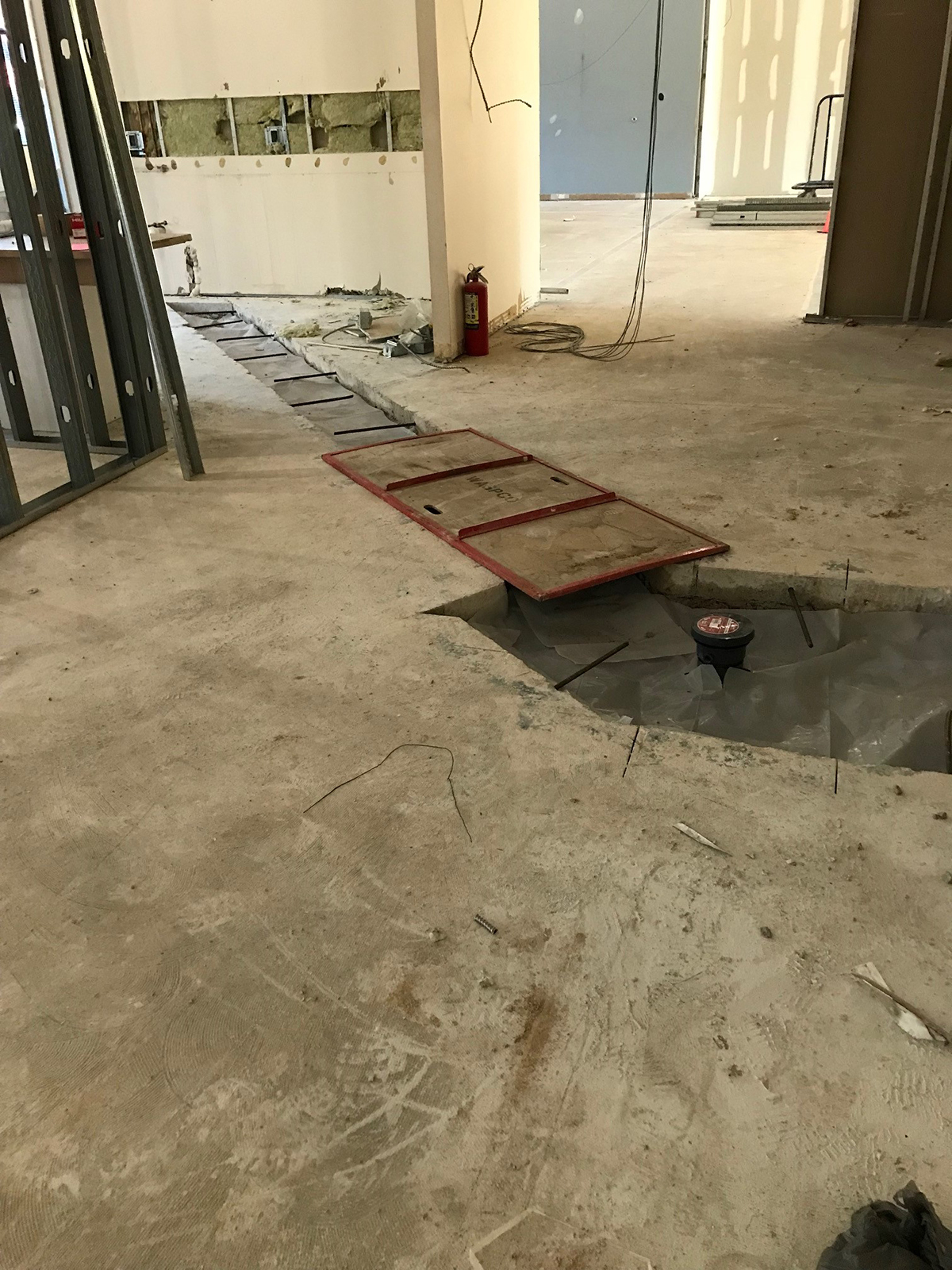 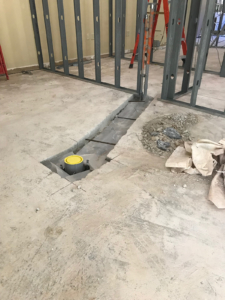 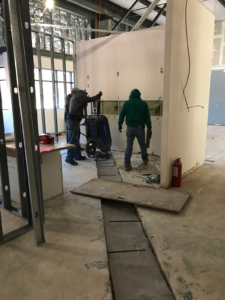 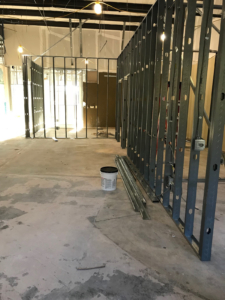 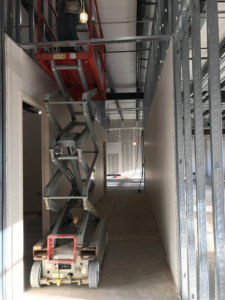 Construction entered the 3rd week of the expansion of the AECOM/URS call center space in Morrisville, NC.

With Demolition complete, wall framing is well underway.  Previously installed concrete trenches that were not properly doweled in to the surrounding slab had settled over the years.  They have been removed.  Some soft soils around some old plumbing pipes appear to be the cause of the settlement, so that is being repaired.

Mechanical, electrical and plumbing rough-in are all underway.

The project is being delivered via the Architect-led Design-Build process with Ten Penny Construction.

Construction is scheduled to be complete in early 2018.