The interior concrete work is now complete, allowing metal stud framing for the customer and office portion of the project to begin.  The 30-foot high stud walls were the first to be installed. 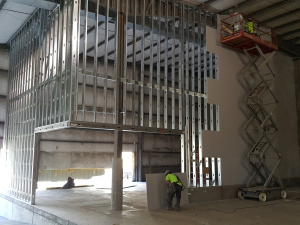 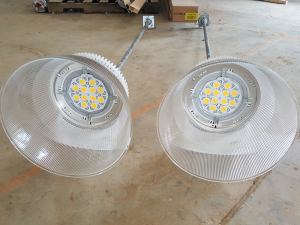 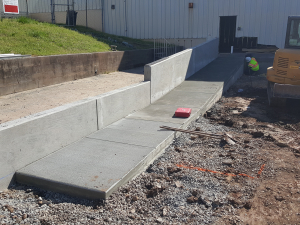 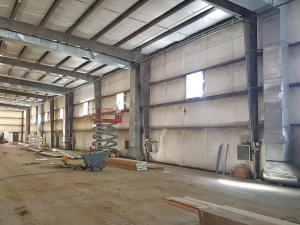 New high windows along the south side of the building were framed and trimmed out.

The wash bays on the Upper Level were poured, allowing for the masonry wing walls to be installed in a week or so.

The front entrance canopy and ADA ramp were poured.

LED high bay lighting has begun in the Lower Level.

Next week, more exciting work continues as the paint booths are delivered and installed, and the 2,000-gallon oil-sand separator will be installed below the front parking lot. Structural steel for the new canopy entrance area is also due early next week.

This project is being provided to the Owner via the Architect-led Design-Build process with Ten Penny Construction.