The Holiday Season is a unique time of year for many reasons.  People tend to be on their best behavior, either captivated by the meaning of Christmas, or simply trying to stay off the “Naughty List.”

Another feature of this time of year is the uncontrollable need to wrap everything in decorative lights (and display the occasional Minion). It is awesome! 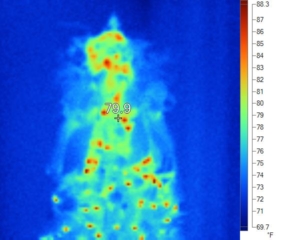 While more and more of these displays are lit using new LED lights, others continue to be lit with the far less efficient incandescent technology.

Incandescent lights date back to the days of Thomas Edison when he invented the filament light bulb. Edison experimented and eventually successfully determined that a tungsten filament could be heated to such a temperature that it could create light in the visible spectrum, and it could be done over and over again.  It was one of the greatest inventions of the 20th century.

Unfortunately, the incandescent light bulb is very inefficient.  A lot of energy is required to heat the filament to create the visible light. And, since the filament is essentially self-destructing every time it turns on, its life span is relatively short. 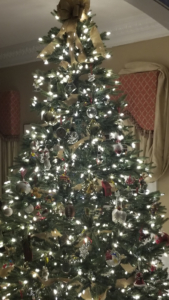 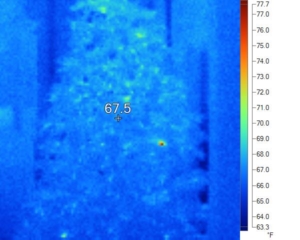 Tree lit with LED’s under IR

On the other hand, light-emitting diodes (LEDs) are semiconductors. As electrons pass through this type of semiconductor, it turns into light. Compared to incandescents, LED’s are more efficient at turning energy into light as less energy radiates from the bulb as heat. And, the life span is many times that of incandescent. 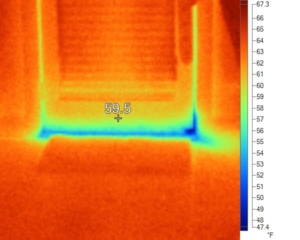 LED light fixtures have become much more commonplace in recent years.  They are much more cost effective, with payback reduced to just a few years.

A much more obvious use of IR thermal imaging technology is to identify issues with the thermal envelope of a building, such as air leakage at windows and doors.

Of course, it is also fun to shoot the animals in IR. 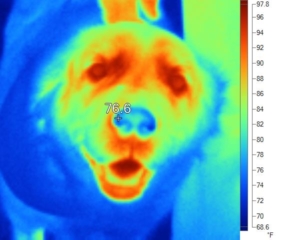 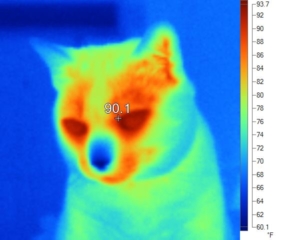