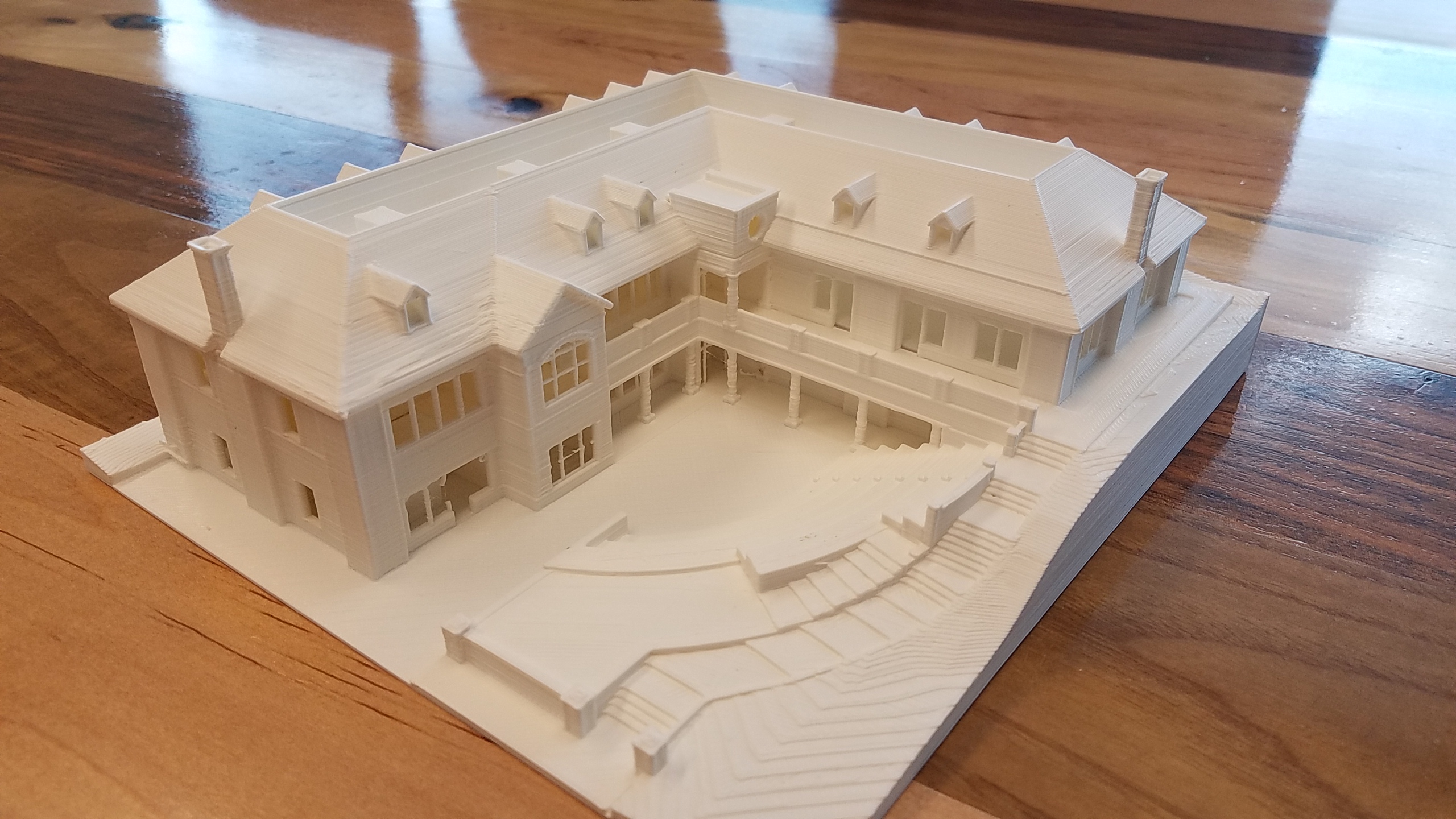 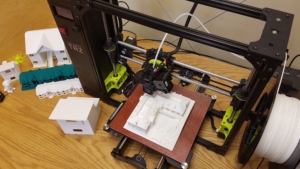 OK, that sounds a little juvenile.  But, if you took all of the comments heard from visitors to our office ever since Santa delivered our new 3d printer, 9 out 10 of them would be, “that’s pretty cool.”  (The 10th would be, “how much did that cost?”)

The 3d printer reminds us (those of us that were in architecture before inkjet and laser printers) how we used to be mesmerized for hours by pen plotters, those high tech gadgets that used to print large format sheets with individual pens darting about the sheet drawing lines and hatches.  It would take hours to draw one sheet, and most of the time a pen would fail and you’d have to start all over.  Good times.

Today, these new 3d printers are equally fascinating (and mesmerizing) as it builds an actual 3-dimensional model from heated plastic filament.  The technology is pretty impressive. 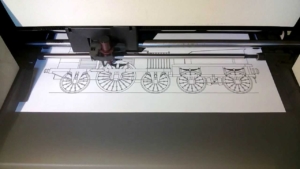 My favorite part of architecture is the transition of the idea from brain (inception of design) to paper (resolution and documentation of design) to reality (construction).  Not so long ago, when an idea was refined enough to warrant spending the time, an actual model was produced during or following design. Those models were expensive and time-consuming, but valuable for architects and clients alike to visualize the design.  For several years now, 3d computer modeling has effectively replaced the built model, and we utilize that technology as well.  But, there is something to be said for holding a model and spinning it around to view it from any perspective.

With the advent of 3d printing, we now have the ability to produce relatively quick models you can hold in your hand, giving the architect and client the ability to control their experience.  We have been exploring concepts and blowing up details pretty effectively.  The future is brighter in architecture with the introduction of 3d printing.

Now, I can say definitively that we are NOT utilizing our 3d printer to do some of the VERY cool things others are.  For instance, the medical industry is using them to print all different kinds of body parts used in surgeries (think hip replacements, etc.).  The construction industry is using them to print full-size buildings.  MIT researchers have been using it to create a material lighter than air, but stronger than steel.  Read more about those applications HERE.

At Gontram Architecture, we are producing 3d models of our designs quickly and efficiently so our Clients can have a better (and earlier) understanding of what it is we are about to deliver to them. 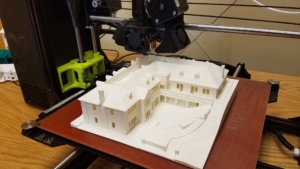